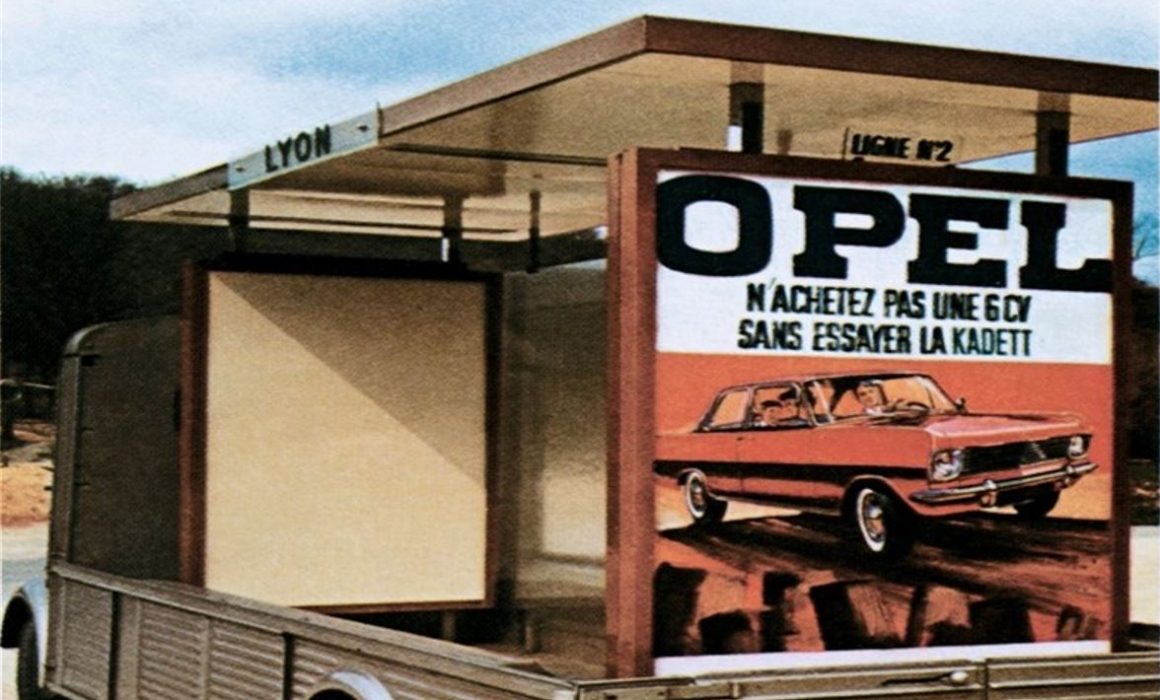 Outdoor advertising has a long and interesting story. The history of outdoor advertising demonstrates how it has stood the test of time, consistently delivering innovative and versatile opportunities for advertisers. Out of home (OOH) advertising is the term used for any form of advertising which can be found outside a consumer’s home. Originally simply posters and billboards it now includes much more from bus shelters to benches.

OOH has its origins in Egypt. Thousands of years ago they used tall stone obelisks to publicize laws and treaties. However, it was the invention of lithographic print in the 1400s that provided the platform for the development of the modern form of OOH. Initially printed bills were randomly erected to advertise various events and offers. This was very common throughout the 1800s on a localised basis. Painted signs or posters glued to walls in strategic locations where pedestrian traffic was high, alerted passers-by to the offers of various establishments.

The first billboards were created in the 1830s. These were often large posters with colourful pictures. Travelling circus acts like Barnum & Bailey  (who we all know from the movie The Greatest Showman!), would use these to promote the unique features of the upcoming shows in places they were visiting.

But it wasn’t until the 1900s that there was any type of standardisation in the industry. This opened the way for national billboard campaigns. Brands such as Coca-Cola and Kellogg’s were now able to mass produce billboard ads as part of their overall campaigns. In 1931 Coca Cola changed Santa Claus into the vision we know today with their holiday billboard. This clearly demonstrated the power and reach of outdoor advertising.

The ability to target people throughout the day as they went about their business and the potential this presented became recognised very quickly. The mid-twentieth century saw the first outdoor advertising company listing on the New York Stock Exchange followed by the establishment of the Traffic Audit Bureau (TAB). TAB provided advertisers with third party data about outdoor advertising audiences.

It wasn’t until the early 1960s that the first bus shelter advertising was introduced by JCDecaux and was immediately well received. It has sustained its popularity over the years being a feature in both rural and urban locations with a captive audience.

While outdoor advertising was originally billboards and posters, there is now an increasingly diverse selection of formats. Over time, the industry has expanded to include a large and varied range of different outdoor advertising formats. As a result, the name ‘out-of-home advertising’ has become more widely used. Advertising space is now available in newer locations such as public transport, bus shelters, airports, street furniture and so on. Cinemas, shopping centres and sports stadiums now all provide opportunities for outdoor advertising. The industry is constantly creating innovative new solutions as well as ways of enhancing the existing displays e.g., through solar lighting solutions.

The rapid development of all things digital over the past 20 years has presented the industry with even more possibilities. Digital displays were first introduced in the early 1990s. But they already account for more than 10% of the market. These offer the opportunity to change the display within seconds unlike traditional billboards which require manual changing. Digital displays can’t be blocked, skipped or switch off so unlike TV advertising, can’t be easily avoided.

Billboards still comprise over 60% of the out of home advertising market. However, a growing number of these are now digital, offering greater possibilities for creativity and experimentation. Like online advertising not only are they more flexible, but they also allow for more dynamic and engaging ads. This trend to interface and engage directly with the viewer will continue. The industry has time and time again displayed an incredible breadth of innovation. Drawing on this the industry will continue to change but billboards are here to stay and are an increasingly dynamic form of advertising.